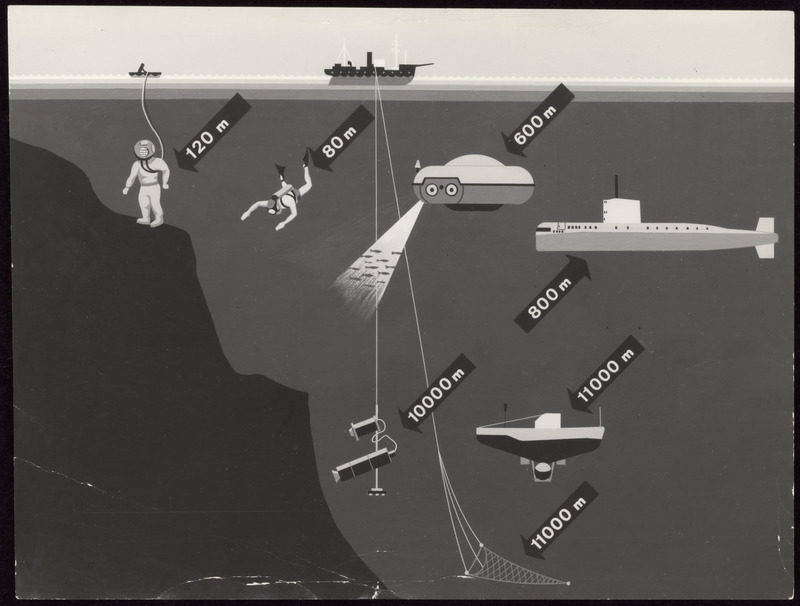 Considering that seas cover two thirds of the globe but remains relatively unknown, Commander Cousteau describes technological advances in the field of oceanography. The man in the red woollen hat reminds us that before becoming a scientist, he was a sailor obsessed with the idea of diving underwater. He was convinced that scientific data was not enough to understand ocean life and that in order to do so “man has to get wet”.

Cousteau is also one of the inventors of the Aqua-Lung, which allowed divers to swim freely underwater for extended periods of time. With the Oceanographic Museum of Monaco and his Précontinent Project, he developed techniques of diving to the depths - diving saucers carrying a crew and “underwater habitats”. Thanks to cinema, he revealed to the general public yet unexplored seabeds in his film “The Silent World”. In 1966, the oceanographic odysseys were far from over: Cousteau dreamt of combining space adventures and seas conquests. He wanted to study thermodynamic relations between oceans and the atmosphere using satellites.