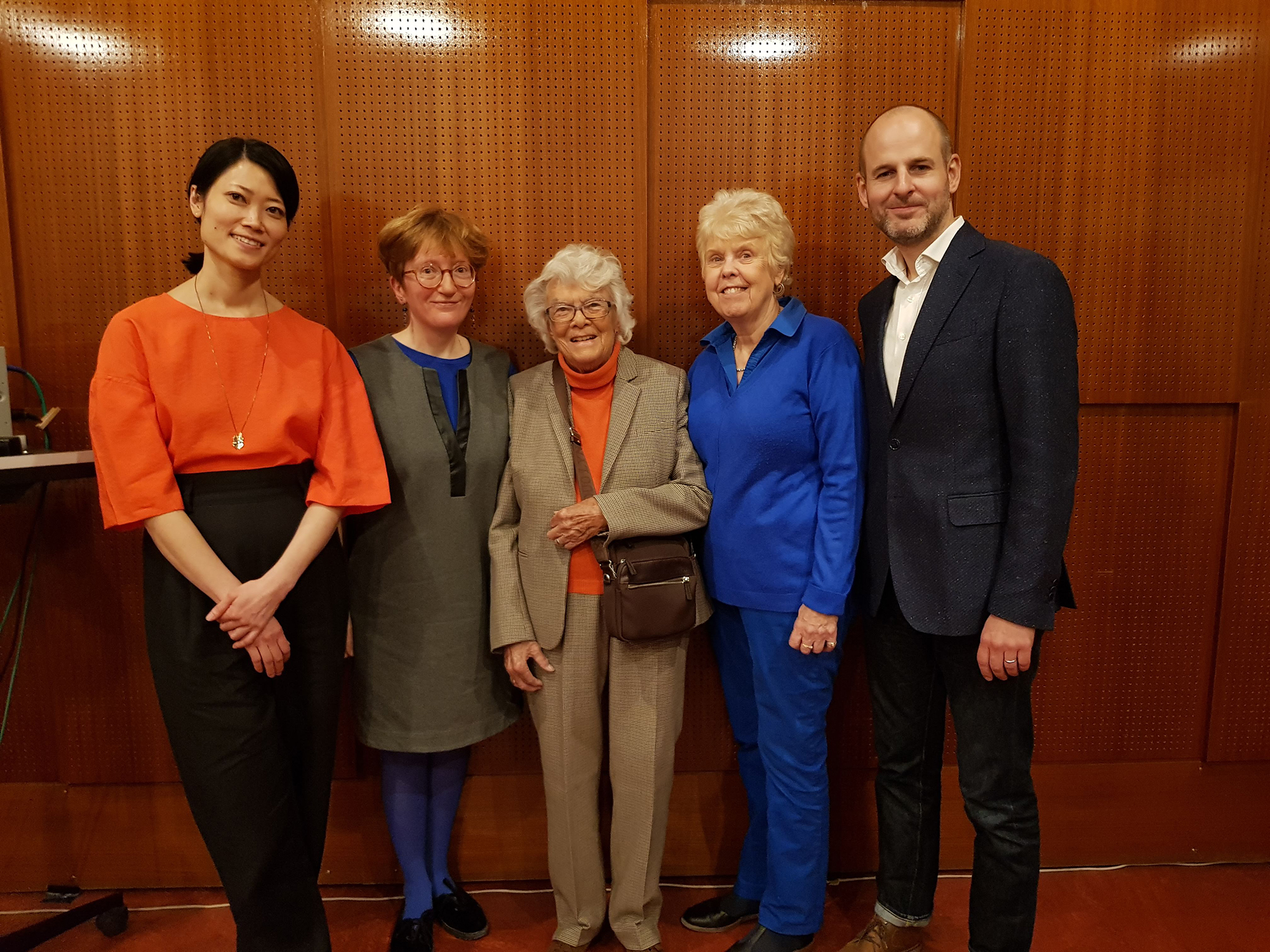 Recently, my colleagues and I at the UNESCO Archives had the honor of welcoming back to the organizational headquarters UNESCO’s most prolific photographer, Dominique Roger, accompanied by Inez Forbes, a former UNESCO photographer with whom she worked closely. From the 1960s to the 1980s, Roger traveled all over the world to capture images of UNESCO’s diverse programs and activities as they unfolded on the human level. On a physically grander scale, Roger documented cultural sites and monuments in the process of being saved during some of UNESCO’s well-known international rescue campaigns, such as the Campaign to Safeguard the Monuments of Nubia, and international campaigns to save Venice and Florence from the great floods of 1966.

On the agenda for Rogers’ and Forbes’ visit back to UNESCO were two important events. The first was an oral history interview of Roger by UNESCO Archives staff members Adam Cowling, Giovanna Hendel, and myself. The interview is part of a new oral history project of the UNESCO Archives. We had the pleasure of also interviewing Forbes months earlier at UNESCO. The timing for Roger’s interview was inspired by the Digitizing Our Shared UNESCO History (digital.archives.unesco.org) project and the impending public launch of the project’s website on October 27, to coincide with World Day for Audiovisual Heritage. We had discovered an extraordinary fact: a full 25% of the 5,000 photographs selected and digitized as part of the project were by Roger! This unintended circumstance testifies to the enduring impact of Roger’s images, and to the extent of her creative output for UNESCO.

During the interview, Roger recounted her time as UNESCO’s leading photographer for over three decades, recalling her very first assignment, a mission to Algeria to which she travelled alone in the 1970s; assignments that particularly stood out for her, such as photographing children in various parts of Asia; and other missions with UNESCO colleagues such as Rex Keating. After the interview, Roger and Forbes toured the on-site Digitization Lab, which included viewing their own photographs in digitized form on the project website. Sharing the moment of rediscovery with Roger and Forbes as they viewed their photographs online - many of which had remained unseen for years and even decades - was a remarkable experience. As Roger declared, the digitization project has given the photographs a “second life.”

Thank you, Dominique and Inez, for the rich legacy of images you have each left behind, and for your great support of our project!

Check out some of Dominique Roger's photographs here.

Check out some of Inez Forbes' photographs here.