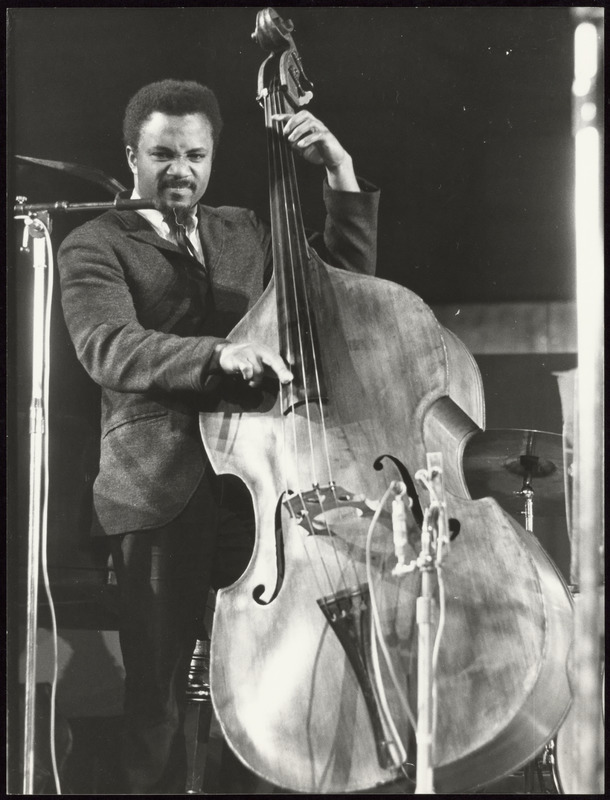 To celebrate International Jazz Day, UNESCO Archives proposes a selection of records for your enjoyment:

In 1966, a concert was given for the benefit of the International Campaign for the safeguarding of Florence and Venice launched by UNESCO. The bassist Ron Brooks (pictured) was one of the performers at the event.

The 20th of September 1972, Sammy Davis Jr was in “UNESCO House” in Paris to promote the production of books for the blind. Sammy Davis was an American singer, dancer, actor, vaudeville performer, comedian, and musician. He played vibraphone, trumpet, and drums. During his visit to UNESCO, he talked about his political views and activities. Click here to listen.

UNESCO Archives holds a precious, little-known recording of Duke Ellington, one of the most famous composers of the 20th century. Ellington was interviewd during the first Negro Art Festival held in Dakar, Senegal in 1966 – his first time ever in Africa. He defined himself as a small musician who belonged to a musicians’ union and who aspired to be an artist. In fact, Duke Ellington had not intended to be a jazzman; he recalled that he had a fellowship to study painting. But he had already developed a local reputation as a musician that he wanted to protect.

Although jazz is considered difficult to define, in part because it contains many subgenres, improvisation is one of its defining elements. For Duke Ellington, the most important was individualism. He rejected categories and considered that each musician played his own music. To listen to Duke Ellington, click here.

To finish with a bit of jazz history: Spirituals are a genre of song originating in the United States and created by African Americans.  It is the jazz ancestor. Duke Ellington talked about this genre. To listen, click here.