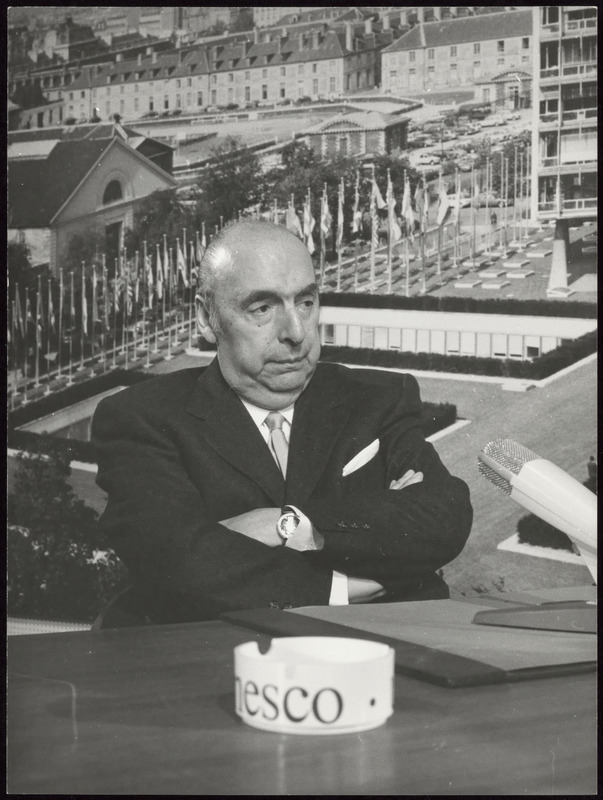 After he received the Nobel Prize in Literature, journalists questioned Pablo Neruda on declarations made by writers. He judged such interrogations useless or, at least, sources of discussions and interpretations without a solution. He belonged to the generation of writers who were first published in the 1920s. The titan Rubén Dario (father of the modernismo literary movement) and José Hernandez (author of the epic poem Martín Fierro) served as figureheads for his generation.

For Neruda, the Latin-American writer plays an active part in political life. He divides the world into capitalism and the proletarian movement and affirms that authors must make a choice. Pablo Neruda, well known for his communist sympathies, chose to support the workers. For him, South American writers could not be conservative because that would mean supporting illiteracy, colonialism and poverty.

He is mindful of the importance of the book, which is the “supreme decision-maker of culture” and a witness to individual experience. He regrets the centralization of publishing houses in Latin America. In Chile, a country of avid readers, there was just one publisher financed by the State, which produced reasonably priced books.