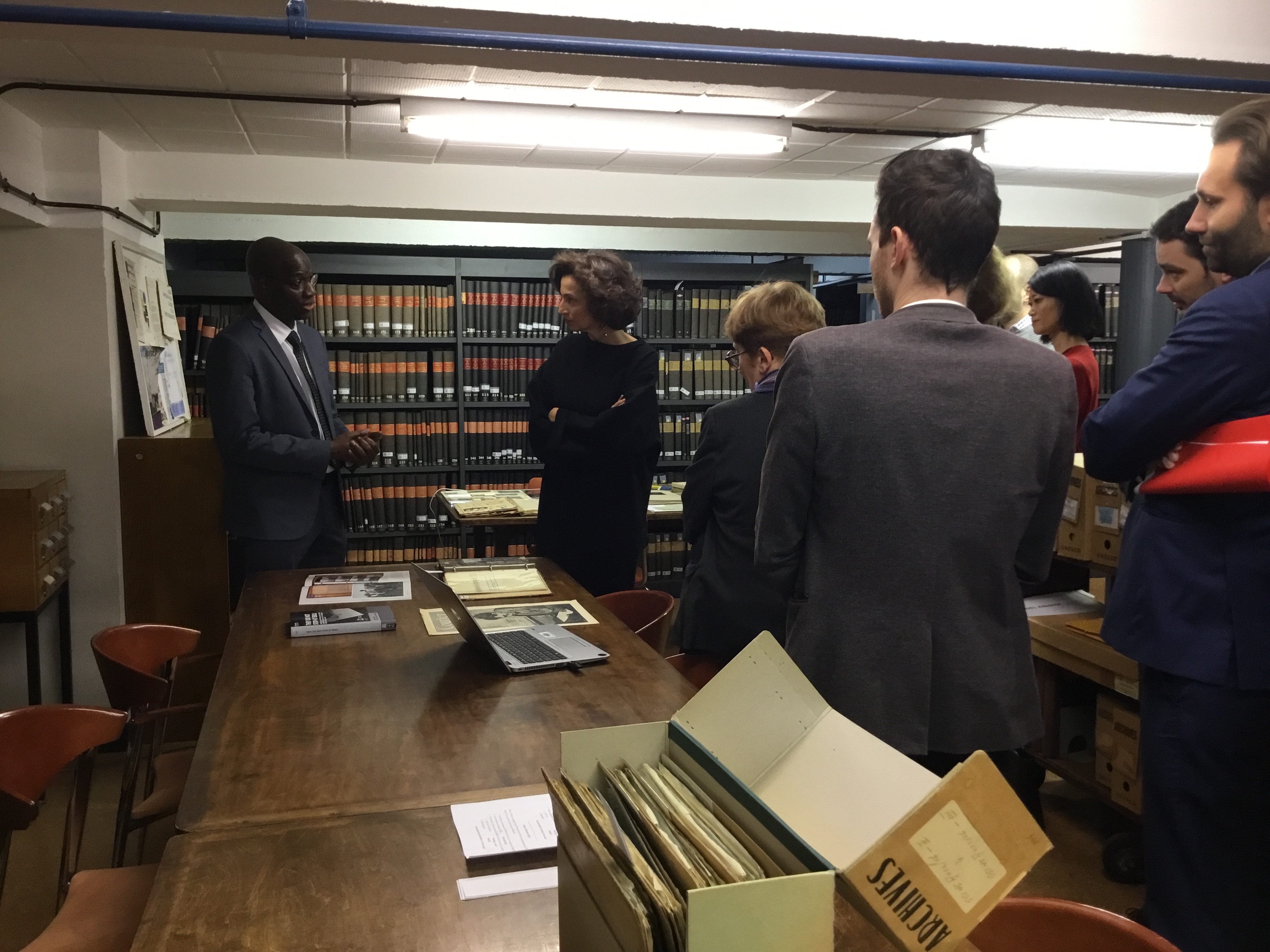 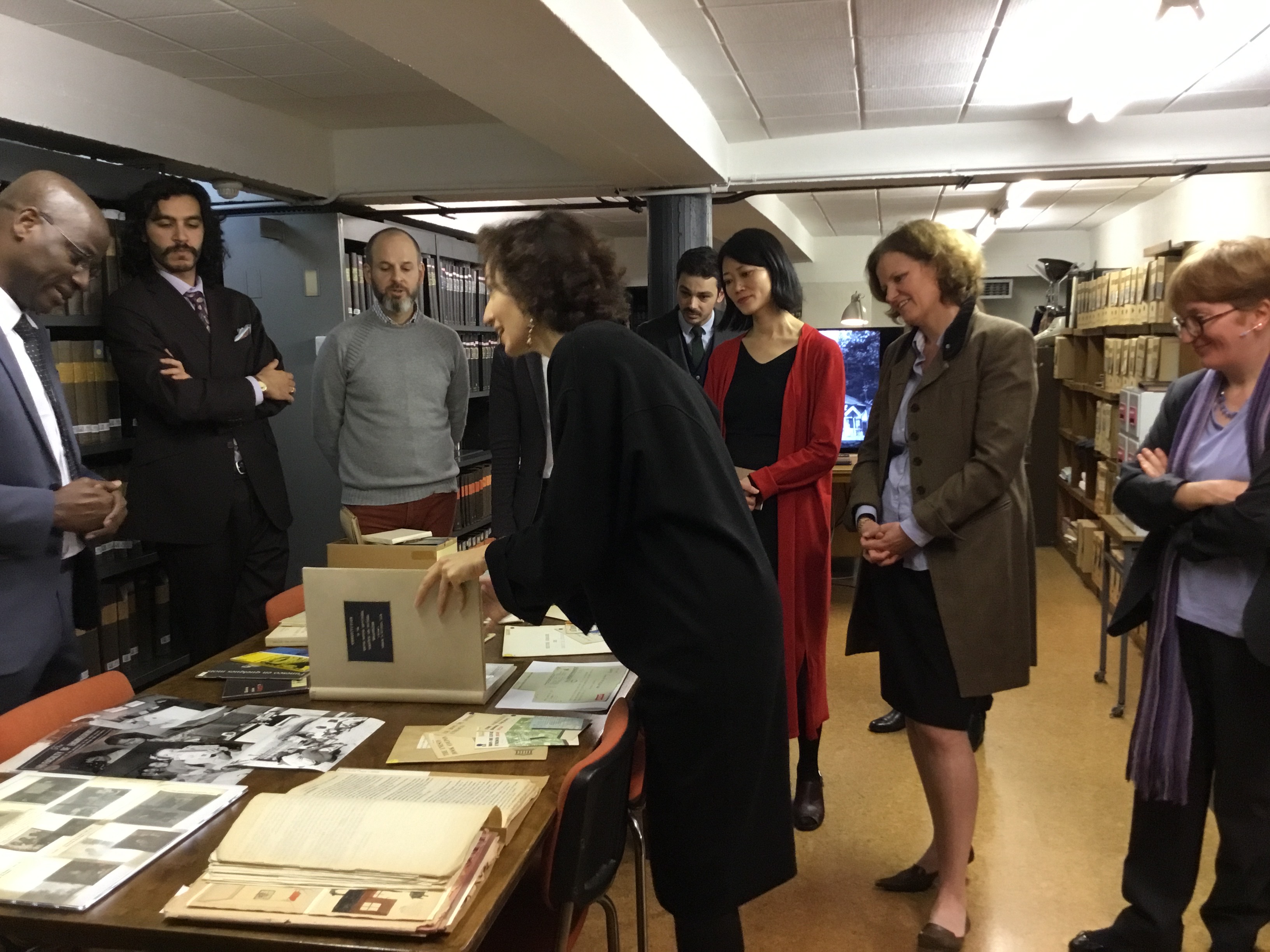 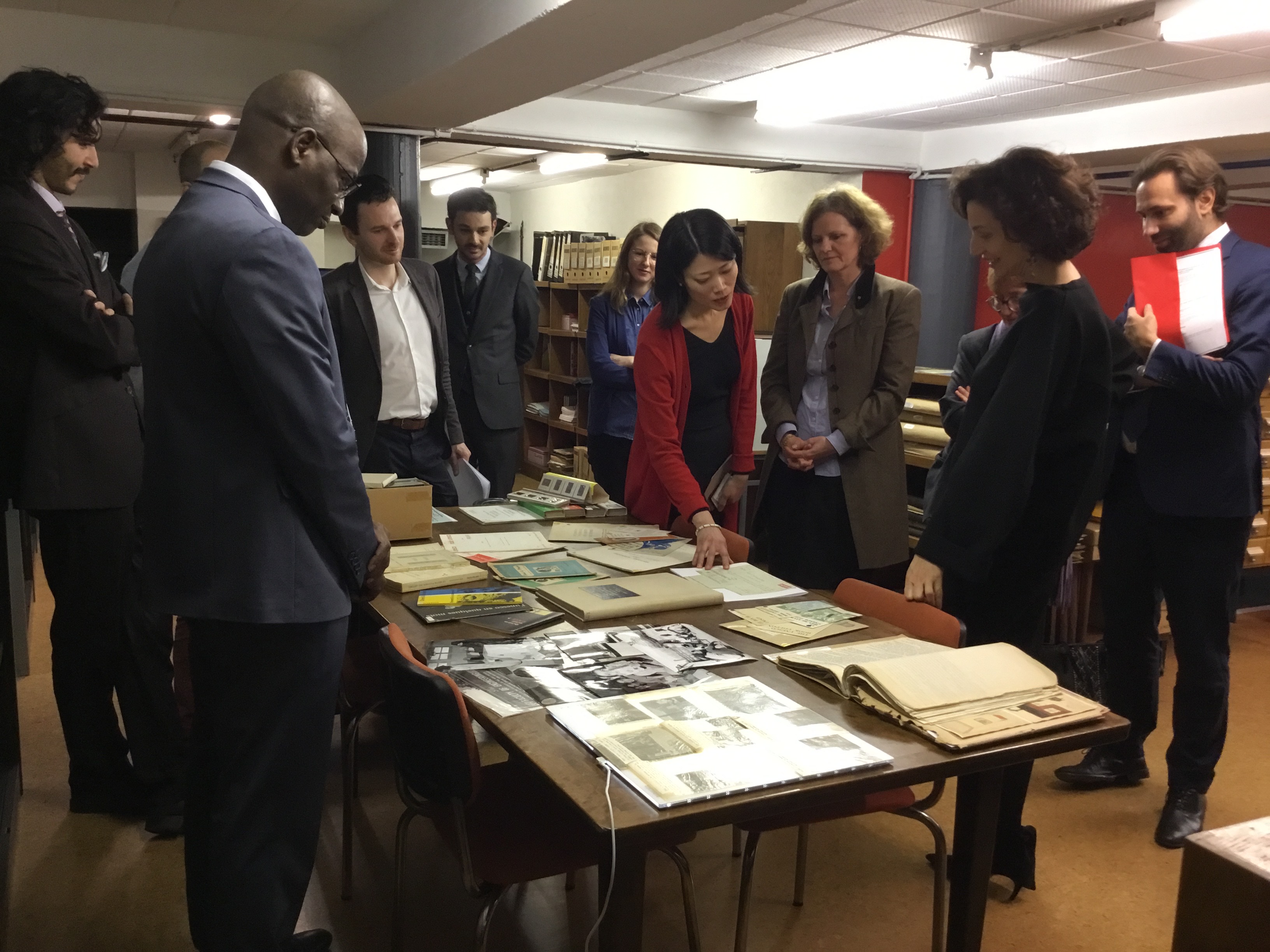 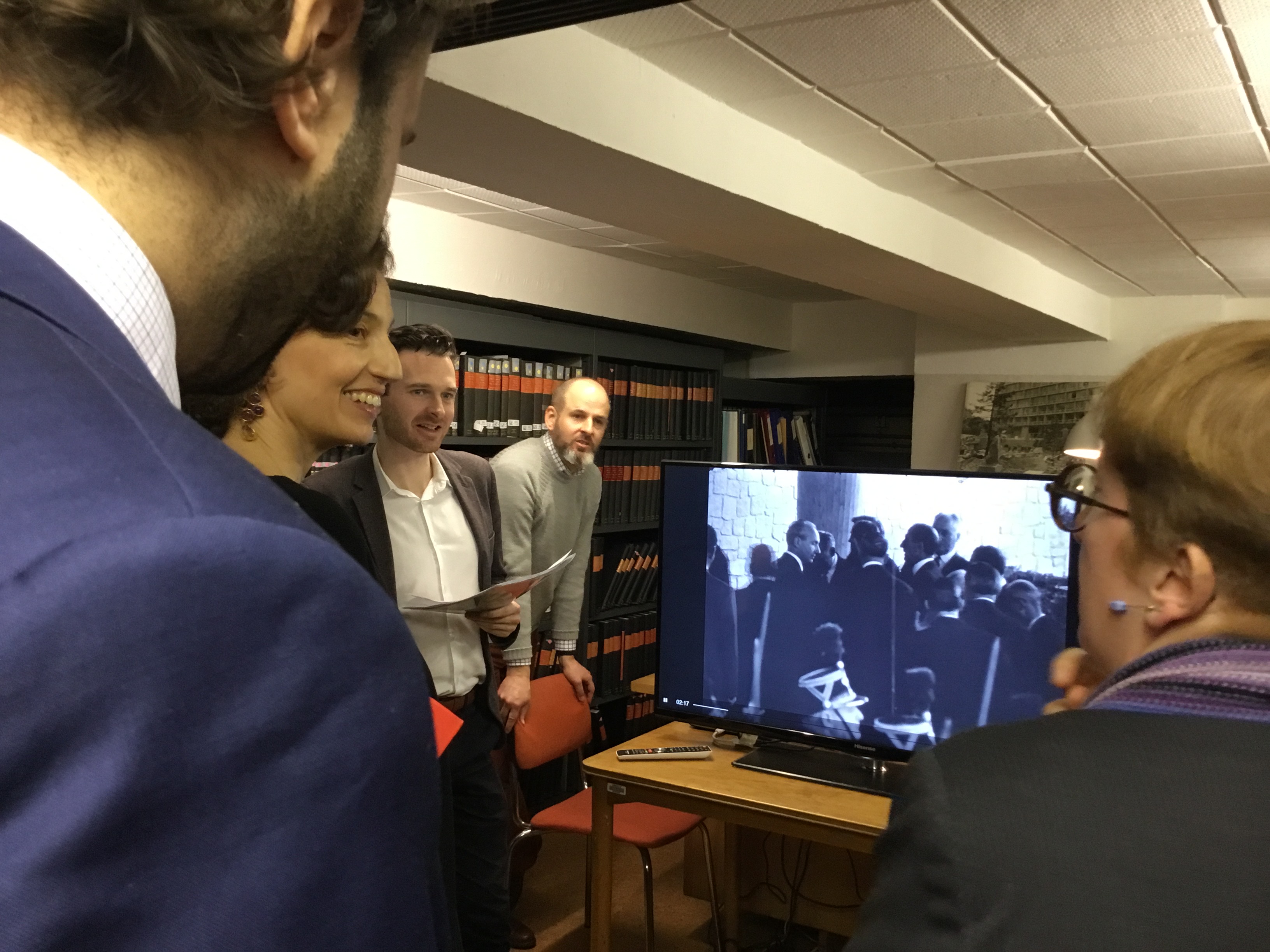 On December 18, the Director-General visited the Archives unit at Headquarters to inquire about the progress of the pilot project to digitize the Organization's archives. This exceptional archival treasure constitutes UNESCO's institutional memory but also an invaluable source of the world's intellectual history since the end of the Second World War. These archives are living testimony of UNESCO's struggles to promote peace, education, the fight against inequality and the protection of the heritage and cultural diversity.

This now completed two-year project, funded by Japan, has revived the voices of intellectuals, poets and Heads of State from all over the world. Thousands of hours of UNESCO radio sound recordings, films and photographs as well as thousands of pages of archives from the International Institute of Intellectual Cooperation of the League of Nations (1925-1945) and publications of UNESCO's governing bodies since its creation (General Conference and Executive Board) are now available online to researchers around the world.

The Director-General expressed her appreciation for the work accomplished and encouraged the Archives Unit to continue the activities for the preservation and enhancement of the Organization's vast archival treasure.