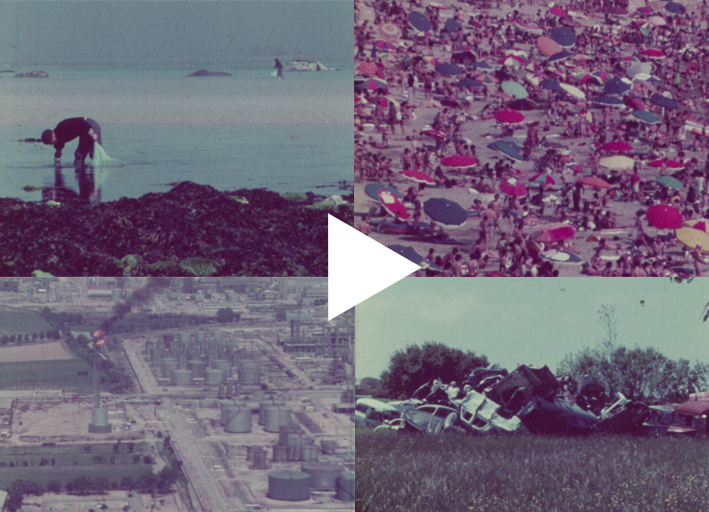 Images from the film "Fragile : handle with care", produced and distributed by UNESCO, french version.

On the occasion of World Environment Day, we are highlighting this 1971 film entitled Fragile : Handle with Care. This film, which is now 48 years old, deals with a current and essential subject, the pollution of our living space, the Earth.

Thanks to technical and scientific progress, man has managed to control and develop his environment, but how far ? This film, with very concrete examples, attempts to situate the role of human beings in the pollution of the biosphere. It addresses sensitive issues such as air pollution produced by industrial society, water pollution and also population growth and its direct impact on the degradation of our precious natural resources.

Half a century later, the issue of pollution and the future of our planet has become urgent and a priority. If in this film we measure more the impact of pollution on nature, today we are certain of its dramatic impact on human beings and their health.