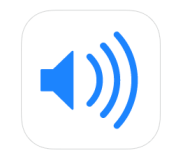 Click on the speaker to listen to the recording

“The theme of this year’s Human Rights Day is “youth standing up for human rights” – because if we want to build a sustainable world, we need to include young people.” Audrey Azoulay, Director-General of UNESCO, 2019.

In 2019, UNESCO Director-General Audrey Azoulay reaffirmed the crucial role of youth, particularly the capacity of young people to defend human rights. Very early on, through education, they learn to become citizens and to acquire a humanistic and progressive outlook. Today, young people are actively involved in public life. They are aware of their rights and the issues of daily life. That's why they embody change for years to come. But if young people today are actors in their own lives and agents for positive change, it is also because their rights were reaffirmed sixty years ago.

In this 1959 recording*, UNESCO presents a programme to celebrate the 12th anniversary of the Universal Declaration of Human Rights, adopted by the United Nations General Assembly on 10 December 1948. This programme puts particular emphasis on the Declaration of the Rights of the Child, which was adopted eleven years later. Based on the 10 fundamental principles of this declaration and through reports and interviews around the world, this UNESCO radio program highlights the problems and uncomfortable situations in which children find themselves. The exposé allows us to understand the benefits of this declaration for the future.